Trading Bitcoin comes with statuary warning, sometimes from one’s own instincts — and sometimes — from the governments’ empathetically written circulars.

The digital gold has indeed swept a large section of global traders and investors towards its mouth-watering — and risky — volatility. And as with any speculative market, Bitcoin has its shares of ills when it comes to injecting nightmares inside the traders’ mind.

But if you are still interested, here is what you need to know before jumping in. 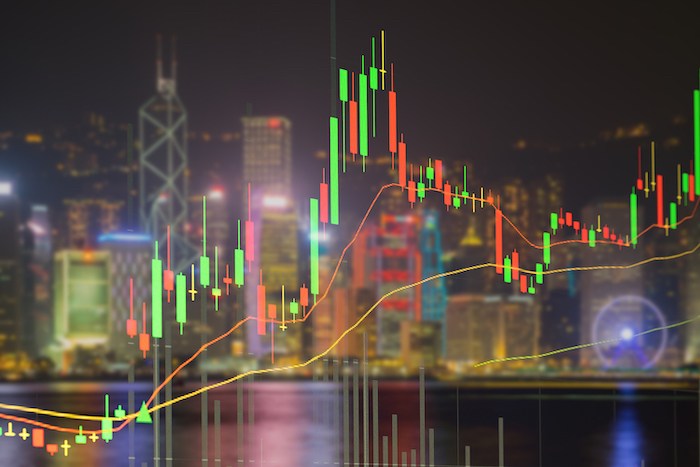 What is Bitcoin Market?

A market where Bitcoin gets actively traded with other value-carrying assets is, in simple words, a Bitcoin market. It is like any other Forex bazaar where one buys a currency with another.

But unlike fiat currencies, which are minted under the confidence of nations’ economic and financial status, Bitcoin is created without keeping such influential factors in mind.

The digital currency is simply generated through a process called “mining”, where miners concurrently solve a block of 50 BTC through mathematical computations.

The minted Bitcoins are either stored or are further sold to the regulated exchanges or individuals for fiat money.

The functioning of a Bitcoin market is same as that of some commodity (coffee, gold, etc.) that is brewed/mined and sold into the markets, its price fluctuating as per the demand and supply.

Where Do You Trade Bitcoin?

For us non-miners, getting Bitcoin is now easier than it was a year ago. Now, one only needs to be in a right country to purchase and sell Bitcoins, where exchanges legally act as intermediaries for currency transactions — something that also protects your funds from being mismanaged by external and internal attacks.

These exchanges instantly convert your Bitcoin into USD or other fiat currency, and based on the price fluctuations between these two, one can simultaneously sell and purchase their holdings and make good profits — a process we know as arbitrage.

All you have to do is find a reliable Bitcoin exchange, sign up and provide the required personal information — it would simply make you eligible to purchase and sell Bitcoin directly from/to the markets.

Speaking of the personal information, you need to know about a certain KYC and AML requirement before signing up. According to some recent regulatory frameworks, the governments have asked Bitcoin exchanges to follow certain identification procedures (just like those practiced by banks) where a user is required to submit their confidential information.

These measures are taken to ensure that users do not use Bitcoin for anti-social activities such as money laundering, funding terrorism, drug trafficking, etc.

We recommend you to cross check Bitcoin exchanges with their local government authorities, before signing in. Do check whether the Bitcoin Exchange is fully complied with the regulations and whether they are regulated or not; also check whether it has been involved in any malicious and unethical activity before or not.

You may also choose to read independent reviews, available online before making any decision. We recommend Bitcoin Exchange Guide.

There will be risks, and there will be rewards — all you would need to be is, an attentive trading analyst to avoid the former, and attract the latter. We would therefore recommend you to learn a little bit about Forex strategies and indicators — so as to predict the possible price actions before making any trade.

We are however providing you with a basic glossary that would help you understand the Forex language a bit. Here it is:

Ask Price: It is the minimum price at which people in a particular trading site are willing to sell their Bitcoins.

Bid Price: It is the most you are willing to pay for the Bitcoins.

Volume of Trading Site: It is the number of monetary units sold during a given period.

Market Depth: It is the number of Bitcoins that the people have put up for sale on a trading site, and have not yet been purchased (and so far, no one is willing to pay the price).

Speculator: It is someone who is trying to make a profit by buying Bitcoins at a low price and selling at a higher one.

Arbitration: It is the activity through which you try to make a profit by taking advantage of the difference in price that may exist between the different trading sites.

High Frequency Trading: It is the activity through which you try to make a profit by predicting price movements in the short term.

Bubble: It occurs when, for some reason, a heightened demand for Bitcoins occurs; thus, the price soars and falls after a while due to the lack of foundation for this demand. This has happened between the December 2013 and February 2104.

Margin Trading: It is a risky form of speculation in which Bitcoins are traded using borrowed money. This allows higher profit margins, but at risk of forced liquidation.

Leverage Trading: Is a form of trading on the underlying product, or contract for difference enabling you to trade more than your initial investment. Some Bitcoin brokerages, like Kraken Futures, offer 50-1 leverage.

Bitcoin investments are risky and not for the weak stomachs. You really need to be sure enough before stepping in.

A large portion of this risk is credited to Bitcoins’ unconventional price fluctuations. Unlike the fiat markets, where fluctuations are limited to a few pennies, Bitcoin sees differences in whole dollar amounts. It can be perfectly illustrated in Bitcoin’s fall from some $1,000 to the current $225.

Investors however believe that that the digital currency was in a speculative state where it suffered a lot of manipulations from bad actors. With growing adoption, this manipulative tactics are being reduced and Bitcoin is attaining a stable value.

To avoid such volatilities, we recommend traders to short their funds on the first opportunity. A small reward is still better than a maximum loss.

Another factor that sends shivers down the Bitcoin industry is constant attempts to hack the Bitcoin exchanges’ hot wallets. The curious case of Mt.Gox has been the biggest example, where a $450 million worth of Bitcoin amount was stolen.

Later on, many other exchanges became victim to the similar thefts, including BitStamp, BitFinex, QuadrigaCX and many others.

It is therefore recommended to only keep the limited minimum requisite fund on your exchange’s hot wallet, while keeping the rest offline in a cold wallet.